The best sci film ever is...

SHOOT: Does Lord of the Rings and Highlander qualify? If so they may have been just bubbling under these top 5 imho.
Posted by Nick at 2:54 AM No comments:

You'll need this link http://twitter.com/Resistance2018 and login/register here: www.2018blog.com
Posted by Nick at 2:08 AM No comments:

Star Trek beams cash into its its vaults, Wolverine still roars, Angels and Demons squeaks in with a so so opening weekend

NYT: “X-Men Origins: Wolverine” was No. 3 with an estimated $14.8 million in sales, giving this 20th Century Fox picture a new total of $151.1 million in North America.

SHOOT: Terminator Salvation is next, should be good.
Posted by Nick at 8:47 AM No comments:

E.T to return with grown up Gertie

SHOOT: This could be interesting.
Posted by Nick at 1:13 AM No comments:

Star Trek: Symbolism and a platform for the regret that the grown-up children of the 1960s feel for letting down the youth of today, just as they might have felt they were let down by their leaders. 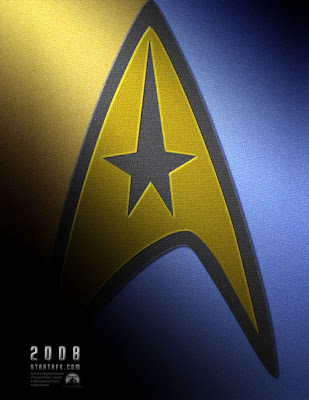 Leonard 'Bones' McCoy: Space is disease and danger wrapped in darkness and silence.

Star Trek will be the best flick of 2009. I can't see how Terminator will top this, or anything else quite frankly. Star Trek is vivid and powerful, and whops Wolverine's butt 6-0 in virtually every category.

I read a few reviews of Star Trek, some that I wished I hadn't, before going into the cinema with baited breath. I come out punch drunk after an amazing thrill ride. Star Trek is everything a sci-fi flick should be - big budget, fantastical, left-field, inspiring, an adventure and most of all, a fly-by-the-seat-of-your-pants thrill ride. In a word Star Trek is imaginative. J.J. Abrams delivers in the true spirit of Star Trek.

Christopher Pike: [to Kirk] You've always had a hard time finding your place in this world, haven't you?

While we know the Star Trek story as a brave search for alien civilisations, all along we knew it was also a search, in terms of the crew, to find their (and by extension 'our') place in the universe. This is especially true in Star Trek, where Kirk has to find out who he is and what stuff he is made of. We see him - more than any other crew member - pushed to the limits, both physically and otherwise.

Nero: James T. Kirk was a great man... but that was another life.

I have a bone to pick with reviewers who re-tell the plot and give away elements of the story, effectively stealing from the punch the flick aims to deliver firsthand. It is something of an art then to convey the ethos of the film without giving too much besides away. One reviewer said the following (if you haven't seen the movie probably best if you skip the remainder of this paragraph) - that there is a major plot twist halfway through the movie and if you can swallow this, well then the movie works.

I don't really agree. Star Trek is all about the plausible and less plausible, and it tests and re-tests our assumptions of logic. That is part and parcel of the Star Trek mythos. 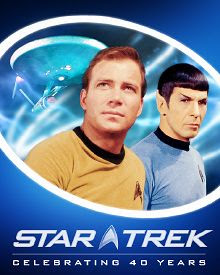 For my part I religiously watched each episode of the original Star Trek series as a young boy with my dad, so I am a trekkie, and I am one of those people J.J. Abrams needed to bear in mind when making this permutation.

I thought the story was quite masterful, and the introduction of the cast was done with a great deal of wit. Most of all, J.J Abrams brings a combination of respect to the franchise and injects it with a powerful dose of youth filled vigor.

Undoubtedly we will see many more voyages of the starship, Enterprise.

Gavin Hood: It's about doing the best you can, not who you know

SHOOT: Fantastic advice. He's saying it's not a 'something for nothing' world. It's not exchanging business cards and show me the money. It's 'what have you done?' 'Where's your portfolio'. Exactly right. I wonder why there is such a morose picture of him in The Times though? Looks like he's just swallowed a beetle in his sparkling water and he's like, "I can actually feel it's alive, crawling in my stomach!"
Posted by Nick at 5:29 AM No comments:

Warp Drive could work; Beaming me up - not in a million years [STAR TREK TECH]

SHOOT: Illogical captain. But it may work for television.
Posted by Nick at 4:57 AM No comments:

Star Trek is a bright, shiny blast from a newly imagined past

By far his finest moments take place on the brightly lighted deck of the Enterprise, where against the backdrop of limitless space, Kirk, Spock and the rest of the young crew fumble with roles that — much like the young actors playing them, including Anton Yelchin as Chekov and John Cho as Sulu — they ultimately and rather wonderfully make their own. - New York Times

SHOOT: Star Trek's mythos is based on balance. Vision tempered by logic, passion tempered by reason, ration and reason set free into the magic and mystery of space. A masterful premise. I always hoped humanity would become civilised in the future, adopting the broad consensus we see in Star Fleet, with the broad goal being a cashless society bent on improving itself. The Star Trek protagonists are, interestingly, all altrusists. Something rare in entertainment and rea life history.
Posted by Nick at 3:22 AM No comments:

WIRED: Together, they’ve crafted a 21st-century Star Trek every bit as sleek and shiny as the new Enterprise itself. Alternating thunderous battle scenes with quiet bits of equally consequential matters of the heart, Abrams serves moviegoers a wry, wise jolt of intergalactic adrenalin to go with that jumbo bucket of summertime popcorn thrills.

SHOOT: Wired gives Star Trek 9/10. This might be the kickass movie of the year. Wolverine was good - Trek may wop the Wolf.
Posted by Nick at 6:28 AM No comments:

Origins is filled with themes, from rebirth, to revenge. The package is cohesive, the script (from the pen of David Benioff) taught and riveting, the cast exceptional and the scenes carefully crafted and well executed. Jackman and his team have set a high standard and met them. They exceeded my expectations. Wolverine will probably punch you unexpectedly in the gut too.

South Africans laugh at themselves in White Wedding

“I am elated with the way South African audiences have received the film.”.

SHOOT: My neighbor gushed over this flick over the weekend. Looks different.
Posted by Nick at 5:50 AM No comments:

"Star Trek" is a stupendous revitalization of a concept bled dry long ago. It offers nothing but pleasures to those in tune with Gene Roddenberry's original creation, and provides ample comfort to newcomers who should immediately set aside anticipated Trekkie bias and suit up with Starfleet for the true roller coaster ride of the still-virginal summer.- Brian Orndorf

SHOOT: Haven't seen Orndorf gush much; good to see him supporting this flick. If Orndorf likes this it might - as he concendes - be the best flick of the year.
Posted by Nick at 4:31 AM No comments:

SHOOT: I watched Twilight over the weekend. It's slow and subtle at first, but it's a deep, beautiful and poignant flick at the end of the day.
Posted by Nick at 4:11 AM No comments:

Star Trek: A Gorgeous Film with no Soul [The Canadian Press]

If there's any social or political subtext, as in the original series, it's difficult to determine; this "Star Trek" seems solely made to entertain. It's an absolutely gorgeous film with impeccable production design - the lighting is wondrous, almost heavenly - and lovely, tiny details frequently emerge from within the larger, grander images.

SHOOT Star Trek opens in South African cinemas on 8 May.
Posted by Nick at 2:24 AM No comments: 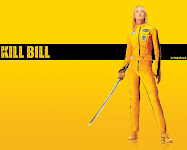